Year 9 sport for Term 2 came to a conclusion this afternoon, as five schools battled it our for ACC premiership glory. See below for match details – images also available on Twitter and Instagram.

Year 9 Division 1 Football
St Bede’s went into this match as hot favourites, having taken all before them this season. They have also dominated the competition over recent years, winning the Year 7 and 8 Division 1 flags and this hot form was set to continue into 2016. The first half was fairly even, as Whitefriars took advantage of the breeze in the second quarter to peg back the early lead that the St Bede’s boys had early in the piece. The “Premiership Quarter” lived up to its name, as St Bede’s took control of the contest and slammed through goals aplenty in the third. Whitefriars never gave up and continued to work hard in the last quarter, but St Bede’s held firm and recorded a solid victory to make it three premierships on the trot.
Final scores: St Bede’s 14.11.95 def Whitefriars 4.4.28 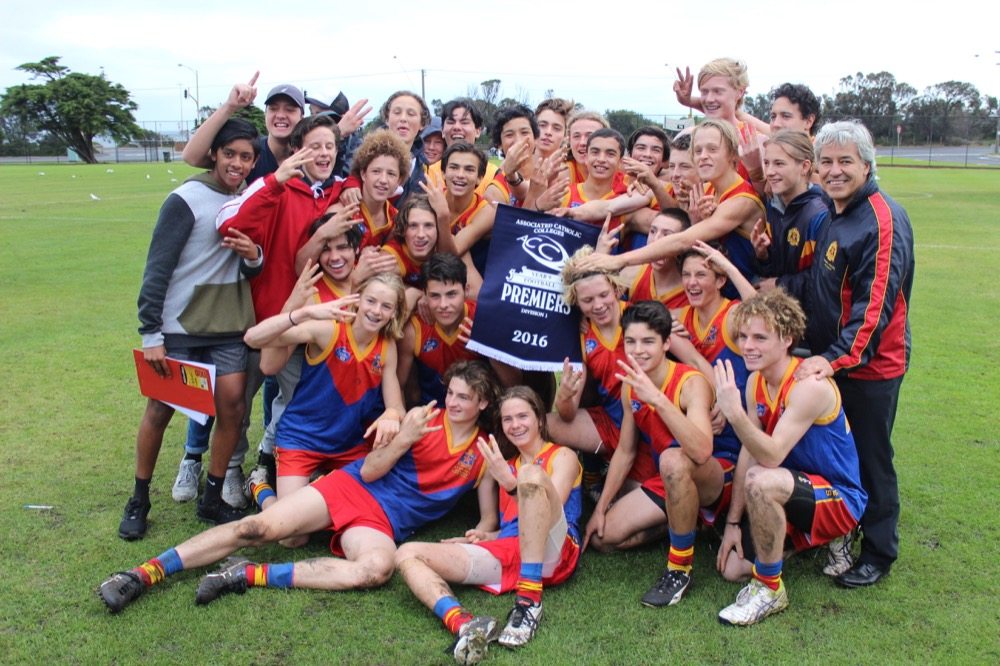 Year 9 Division 2 Football
When Parade and Salesian met a few weeks back, less than a goal separated them at the final siren. Another close affair was expected as they met once again in this afternoon’s grand final, with both teams keen to take out the Division 2 flag. It was a cracking game of football on the Salesian College oval, with only 4 points between them after the first quarter and again at half time (Parade leading at both breaks). A four goal to one third quarter put Salesian ahead and they were able to stretch that lead further as the last quarter unfolded. In the end, it was Salesian that made the most of their opportunities, winning by just over five goals in an entertaining match.
Finals scores: Salesian 13.8.86 def Parade 8.7.55 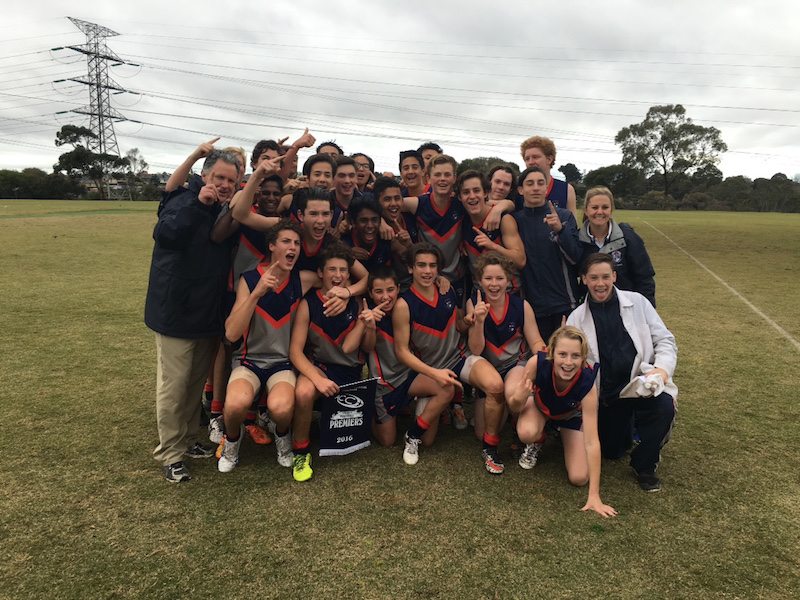 Year 9 Soccer
The big wet of the weekend seemed to descend on Bundoora this afternoon, as Parade hosted St Bernard’s in the clash for the Year 9 soccer title. Parade was undefeated across the season, and the only defeat St Bernard’s suffered was a 3-2 loss to their grand final opponents in round 5. As the final unfolded, it was St Bernard’s that adapted better to the conditions, moving the ball forward more effectively than the Parade players. When the final whistle sounded, St Bernard’s had outplayed Parade, scoring three times and keeping their opposition scoreless.
Final scores: St Bernard’s 3 def Parade 0 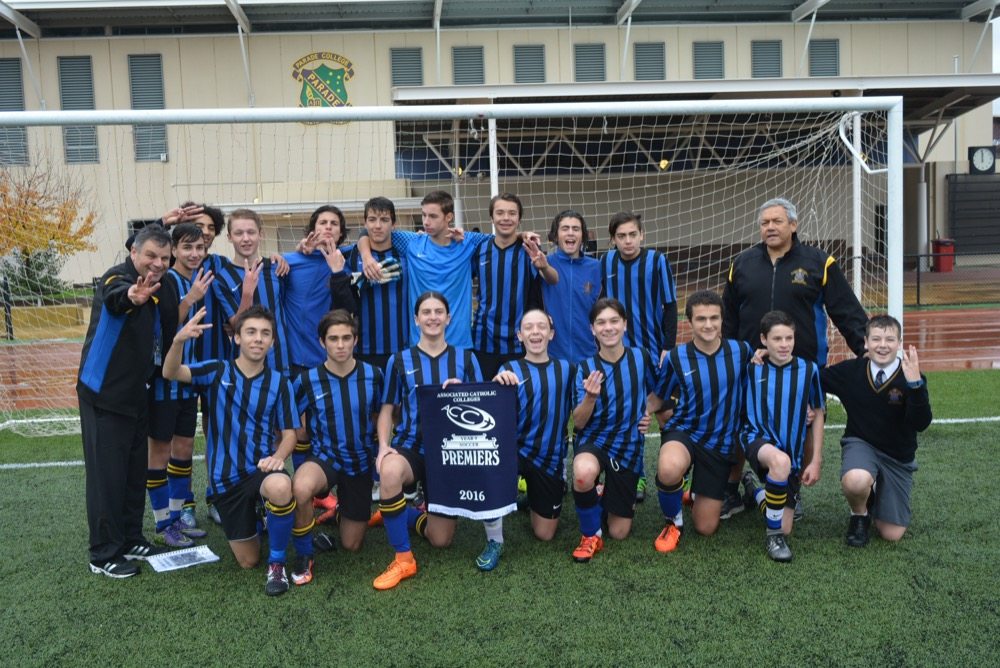