On Tuesday the 18th June there were two Year 9 Football Grand Finals Played. The finals being played involved the Year 9 Div 1 & 2 Football teams.

Hurst Reserve in Geelong set the scene for the big dance between the two sides. In a football game that quickly became a battle for both sides due to a massive weather turn that saw rain throughout the entire game. In a hard low scoring contest Parade came out as eventual Premiers. 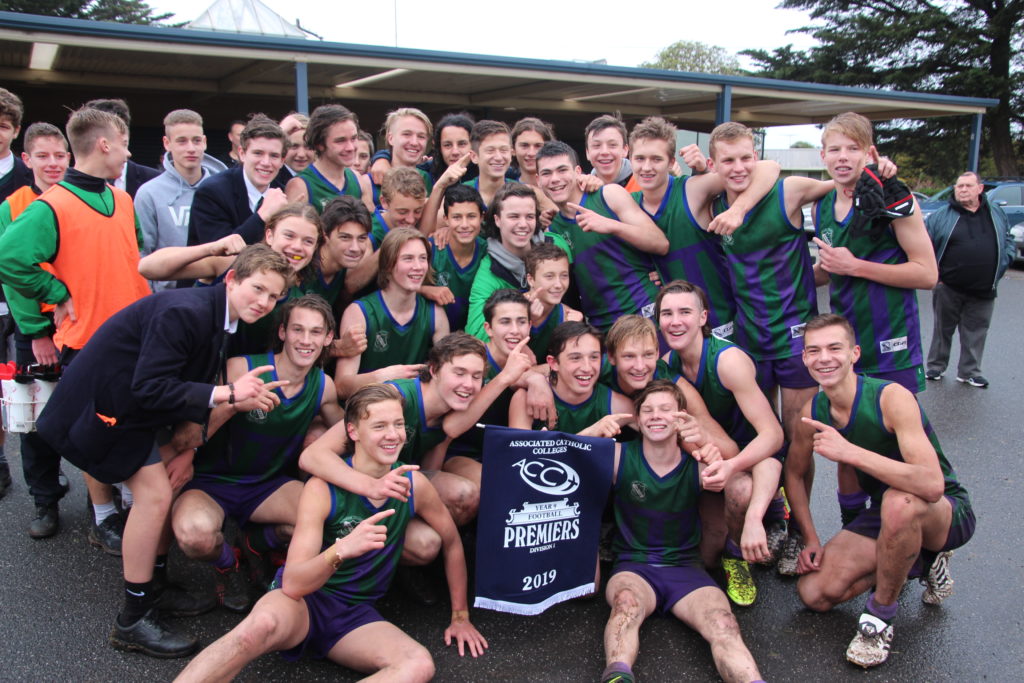 In another wet game, Salesian came firing out of the blocks kicking six first quarter goals. CBC bounced back in the second and third quarter to cut the margin too as low as 17 points at one stage in the third quarter. The final quarter saw Salesian get the spring back in their step, eventually running away with the win.