Despite cold and miserable conditions in West Geelong yesterday evening, a large crowd turned out to watch the 2016 Reconciliation Shield senior football match between St Joseph’s and St Bernard’s. Both teams were “welcomed to country” by a group of indigenous representatives, with the College Captains and Senior Football Captains speaking on behalf of their respective schools. The shield recognises the wrongs done to indigenous people and the need to apologise for past injustices. Both schools have a strong focus on social justice and participating in the Shield match is an important date on their annual calendar of events.

The match itself was a tough encounter – slippery conditions, intermittent rain and both teams fully committed to winning each contest. In a low scoring first half, it was St Joseph’s that were able to make the most of their forward entries, kicking away to lead 4.7 to 1.3. The second half was more even as St Bernard’s battled hard to get back into the match, with both teams kicking 3 goals apiece. In the end, St Joseph’s held their lead and finished ahead 7.13.55 to 4.4.28. This looks likely to be a warm up for the grand final in a few weeks, as these two finished in 1st and 2nd position on the ladder heading into finals. 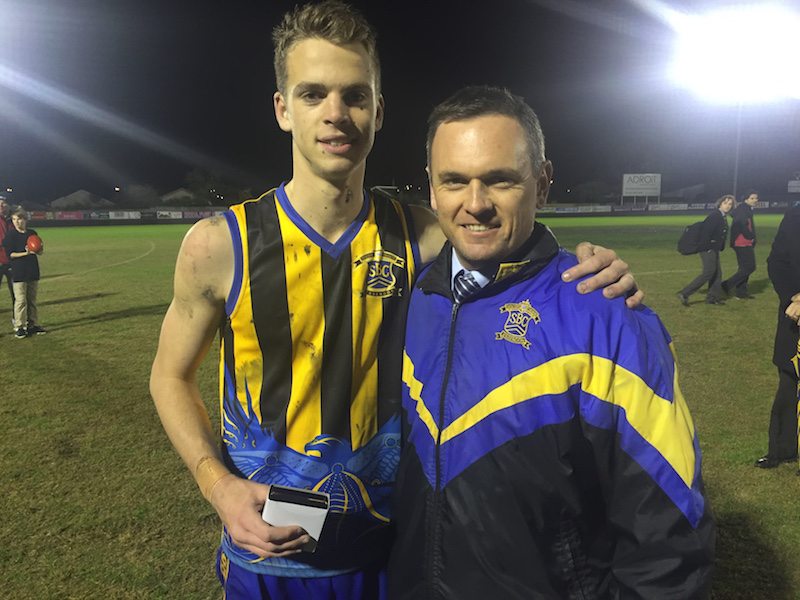 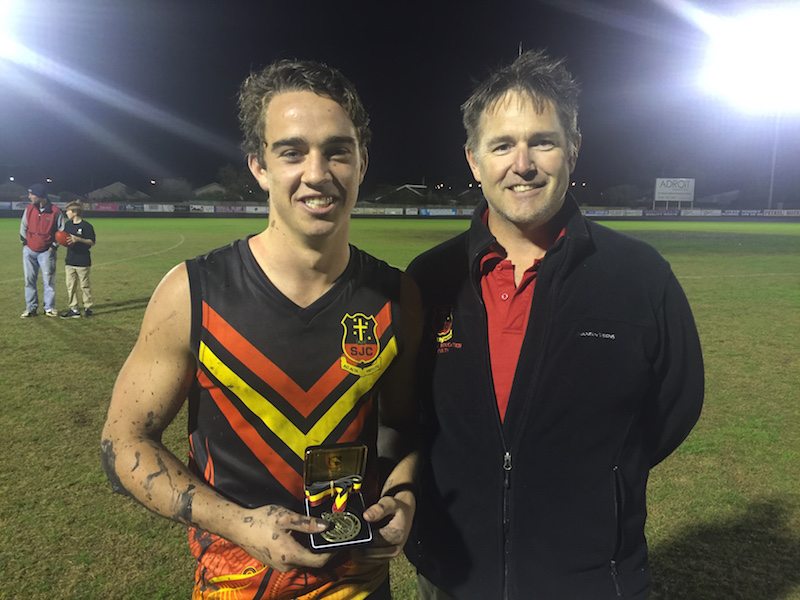