What an afternoon of ACC sport! After a massive deluge the day prior and steady drizzle during most of the morning, there was some doubt as to whether the senior cricket and tennis would go ahead yesterday. As the weather cleared and the teams arrived at their venues, it was game on as players and coaches prepared to head into battle.

The volleyball finals were held at the State Volleyball Centre, with both the “A” and “B” final contested by long time rivals Mazenod and St Bernard’s. Although the Essendon boys put up a brave showing, the quality of the Mazenod volleyball program came to the fore with victory in both matches. Congratulations to all of the players on a terrific contest and well done to this year’s premier team in Mazenod College. 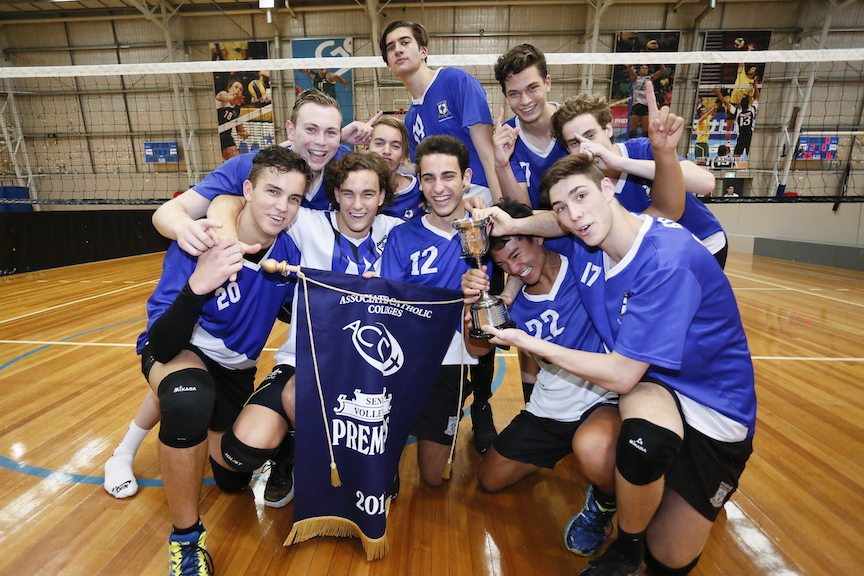 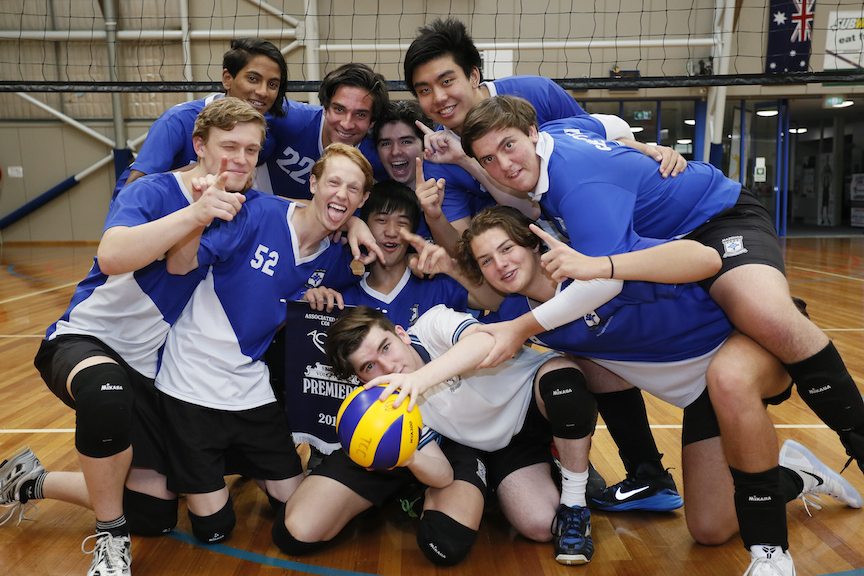 After finishing in second place in 2016, positions were reversed in this year’s tennis final at Albert Reserve. Reigning premiers St Bernard’s once again hosted Whitefriars and the contest promised to be a hot one after a close match earlier in the season. After the singles matches, Whitefriars held a 5-3 advantage, with just a single game the difference. As the doubles matches unfolded, the overall strength and skill of the Whitefriars outfit proved too much for St Bernard’s, as they kept their nose in front until the final point. There were some terrific matches and the tennis was played in great ACC spirit. Final scores: Whitefriars 7/78 def St Bernard’s 5/76 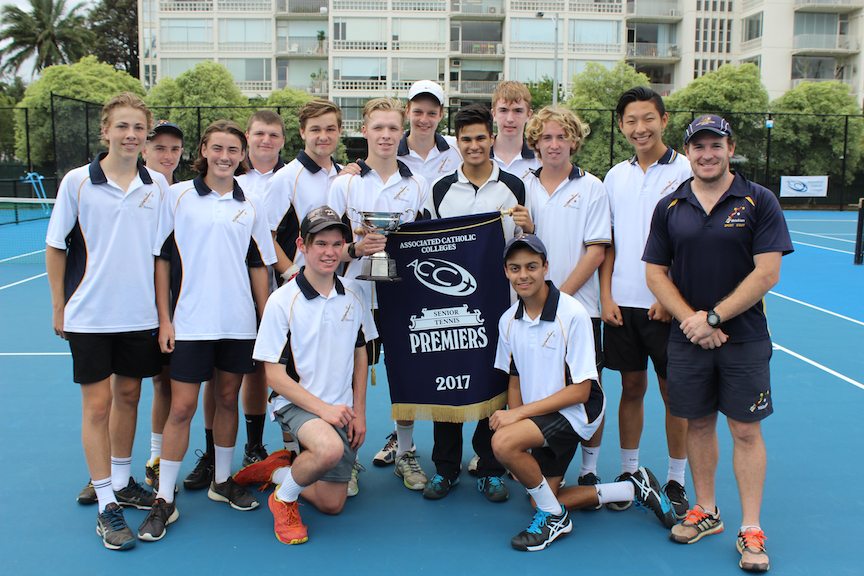 In the ACC cricket, it was all De La Salle as they took on St Joseph’s Geelong in the Division 1 final and St Bede’s in the Division 2 (2nd XI) final. Coming off a stunning year in 2016 where they won the ACC title and followed up with the Cricket Victoria T20 Premier Schools Shield, De La strengthened their grip on ACC cricket winning both divisions in a double header hosted by St Bernard’s College in Essendon.

The Div 2 match saw St Bede’s bat first and make a respectable 8/108. De La Salle went out hard early and never looked in doubt as they cruised to 3/111 with overs in hand. Well done to the De La Salle 2nd XI on a great win. 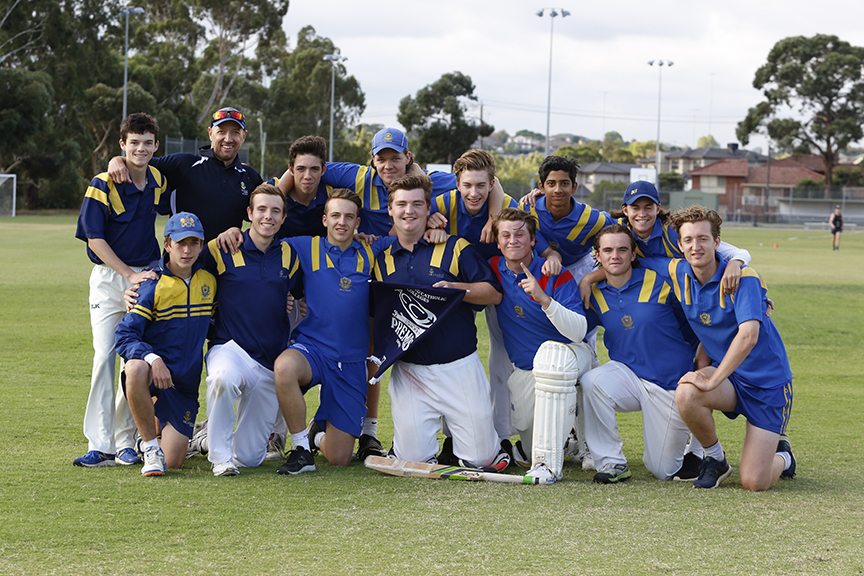 The Division 1 battle was once again a repeat of last year, with St Joseph’s Geelong and De La Salle both confident that they had the goods to take home the silverware. Despite the early rain, the St Bernard’s curators had prepared the ground magnificently and some sensational cricket was played throughout the afternoon. De La batted first and were all out for 121, before St Joseph’s had their turn at the crease and lost some early crucial wickets. As De La turned up the pressure, the Geelong batsmen fell in quick succession, with their score sitting at a dire 6/26 a third of the way into their innings. The quality bowlers from De La Salle turned it up another notch and went on to record a stunning victory, making it a clean sweep of cricket flags on the day. 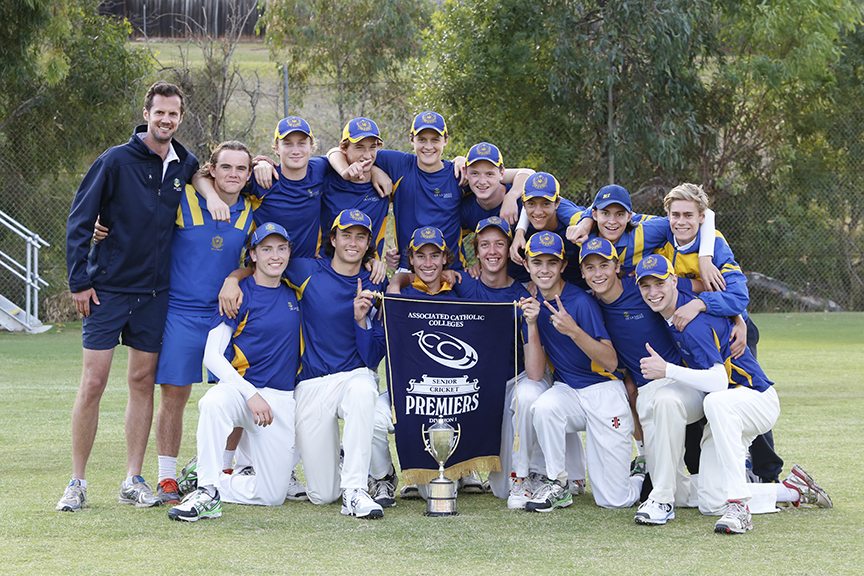 Our roving photographers and videographer were busy throughout the afternoon capturing the great moments of the finals. Check out the fantastic highlights below and share them via social media.

Volleyball: check out the video from the semi finals last week
[embedyt] http://www.youtube.com/watch?v=rlR44CVuiqk[/embedyt]