Term 3 sport for our senior teams came to a close yesterday, wrapping up the weekly sport program for our Year 11 and 12 students for 2017. The hockey final was held at the State Hockey Centre in Parkville, with MSAC hosting the basketball and table tennis finals.

The hockey was expected to be a very close affair, with both Whitefriars and St Bernard’s scoring heavily across the season. As the match unfolded, Whitefriars took the early advantage as their forwards peppered the goal forcing the St Bernard’s goalie to perform some incredible saves. Despite their best defensive efforts, St Bernard’s couldn’t repel every attack and the Whitefriars captain Matthew Cohen opened the scoring with a great shot 13 minutes in. St Bernard’s pushed forward and had several shots on goal but were unable to convert, before a late goal again to Whitefriars by Gill-Hanlon had them 2-0 at the break. The second half proved a much tighter contest, as St Bernard’s threw everything at Whitefriars in an attempt to level the scoreboard. A late flurry of goals by Cohen with 8 and 5 minutes to go in the match secured the victory for Whitefriars and a fantastic 4-0 win saw them regain the hockey premiership title for 2017. 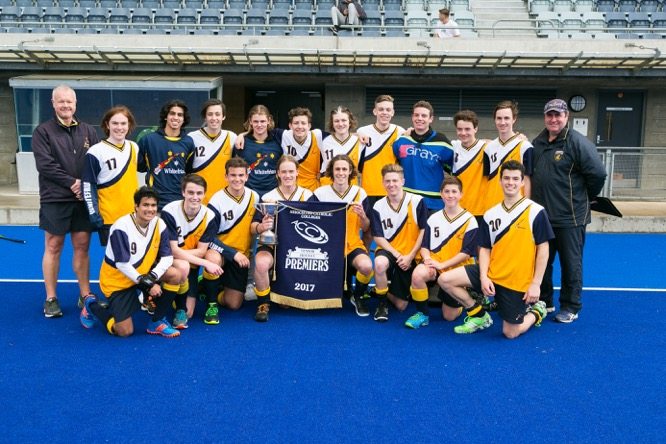 Mazenod secured their 4th table tennis title in succession and their 6th in the past 7 years as they easily accounted for Parade. The skill and team work of Mazenod proved too good as they powered through the singles and then consolidated the lead in the doubles matches. Well done on another excellent victory! Final scores: Mazenod 13/57 def Parade 2/18. 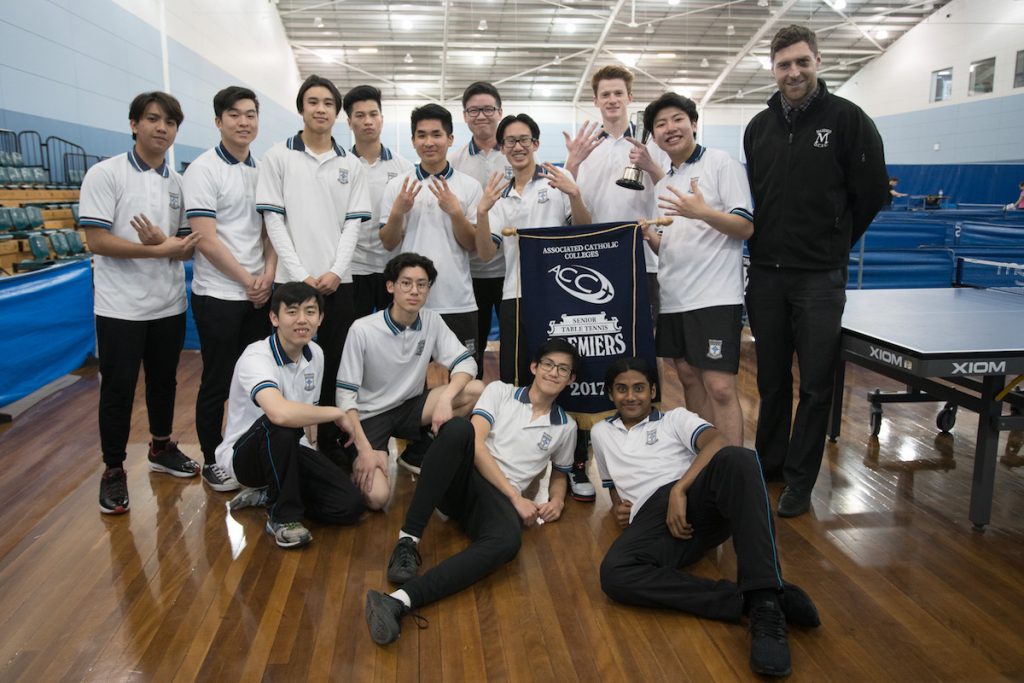 It was an historic afternoon for Mazenod as they claimed their first ever ACC senior basketball premiership in an entertaining and hard fought match at MSAC. St Bede’s came into the match with great expectations, however Mazenod were not going to let another opportunity slip past as they worked magnificently together to clinch a long sought after title. Final scores: Mazenod 54 defeated St Bede’s 49. 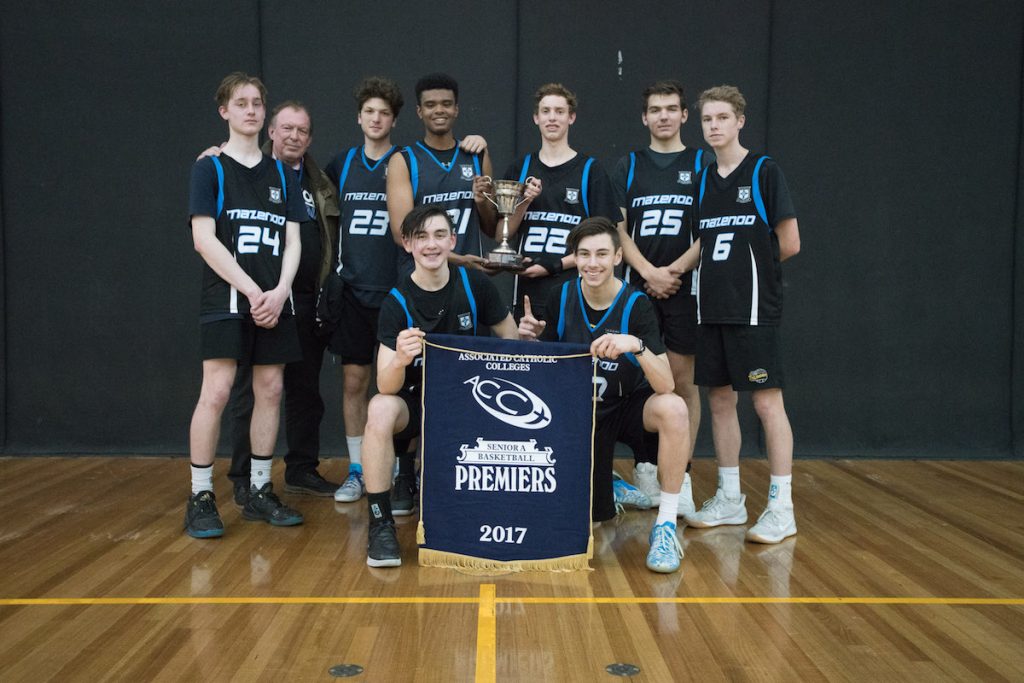 The basketball B final was also a fantastic match, as two long time rivals in St Bernard’s and Whitefriars battled it out on court. St Bernard’s held a slender 2 point lead at the break and pushed ahead further in the second half to close the match out and secure the win. Well done to all involved on a great achievement.  Final scores: St Bernard’s 40 defeated Whitefriars 32. 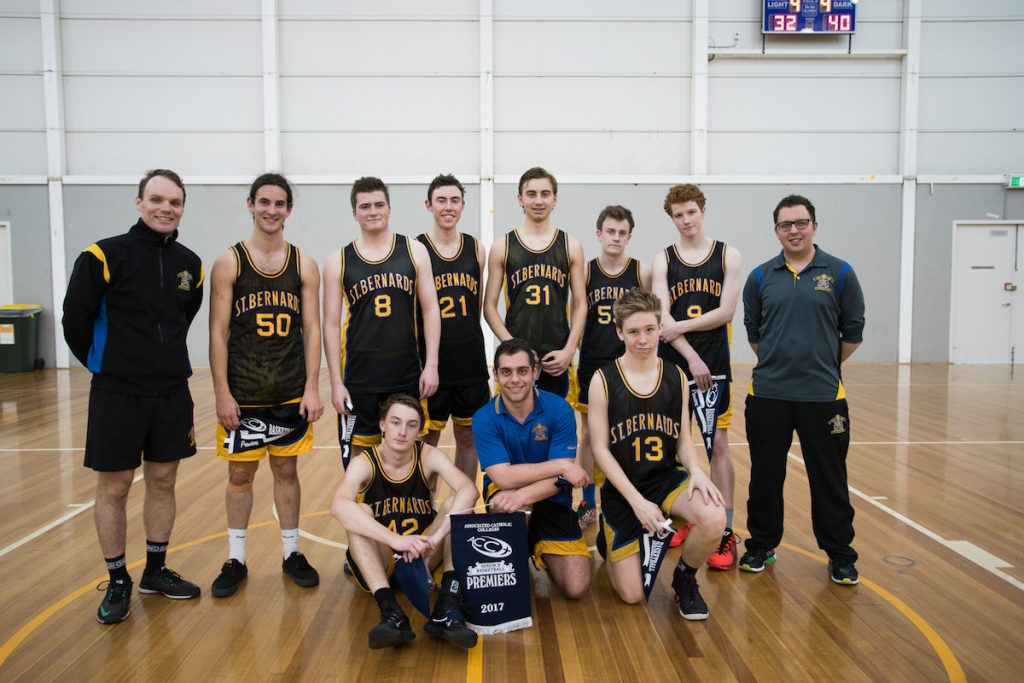 Our captains from yesterday’s grand finals: