The Division 2 soccer final saw St Bernard’s facing off against Mazenod. The St Bernard’s boys took the early lead kicking four first half goals and keeping Mazenod scoreless. After the break, Mazenod surged and hit the back of the net on three occasions, before St Bernard’s settled with a late goal to secure the premiership.
Finals score: St Bernard’s 5 def Mazenod 3 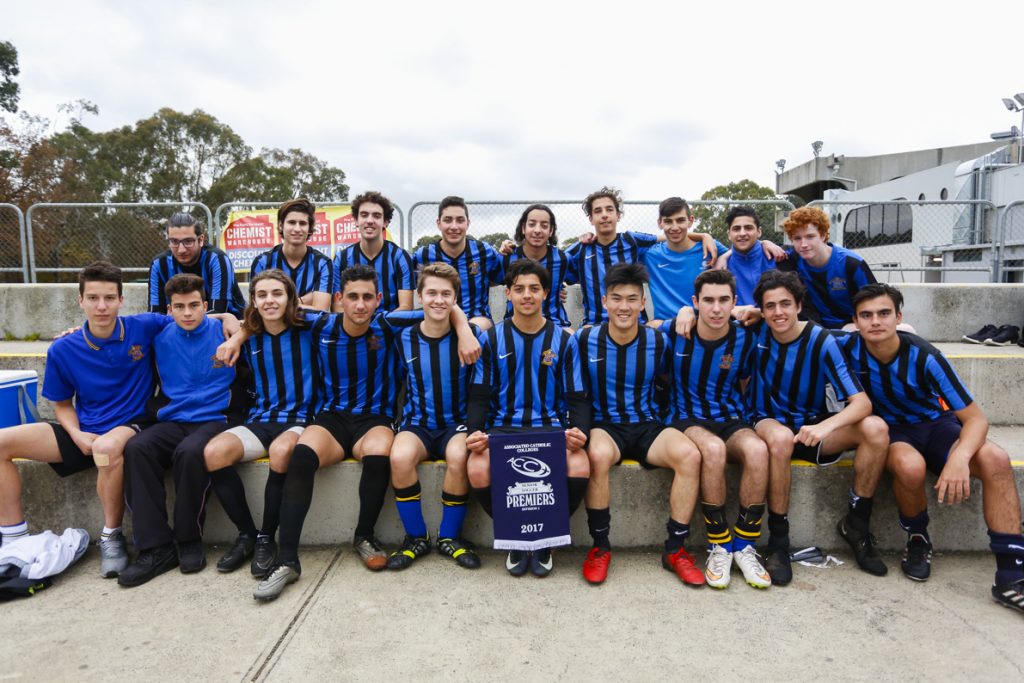 The Division 1 final also featured the same two schools, with both St Bernard’s and Mazenod proving to be the form teams of the competition across the past few years. In 2016 it was Mazenod that took home the flag, with St Bernard’s finishing runner up in 2015 and 2016 and looking to break the drought this year. The first half was a dour affair, with both teams working hard to create scoring opportunities. St Bernard’s scored first and held that lead into the half time break. Inspired by the large contingent of supporters, Mazenod fired up as the second half unfolded, scoring early goals to put the opposition on the back foot. The pressure increased and along with that came mistakes and scoring opportunities – Mazenod took advantage of that to score twice more, making it back to back senior premierships. This team has also created history for the College, winning six premierships in their past six years from Yr 7 through to Seniors. A remarkable effort!
Final score: Mazenod 5 def St Bernard’s 1 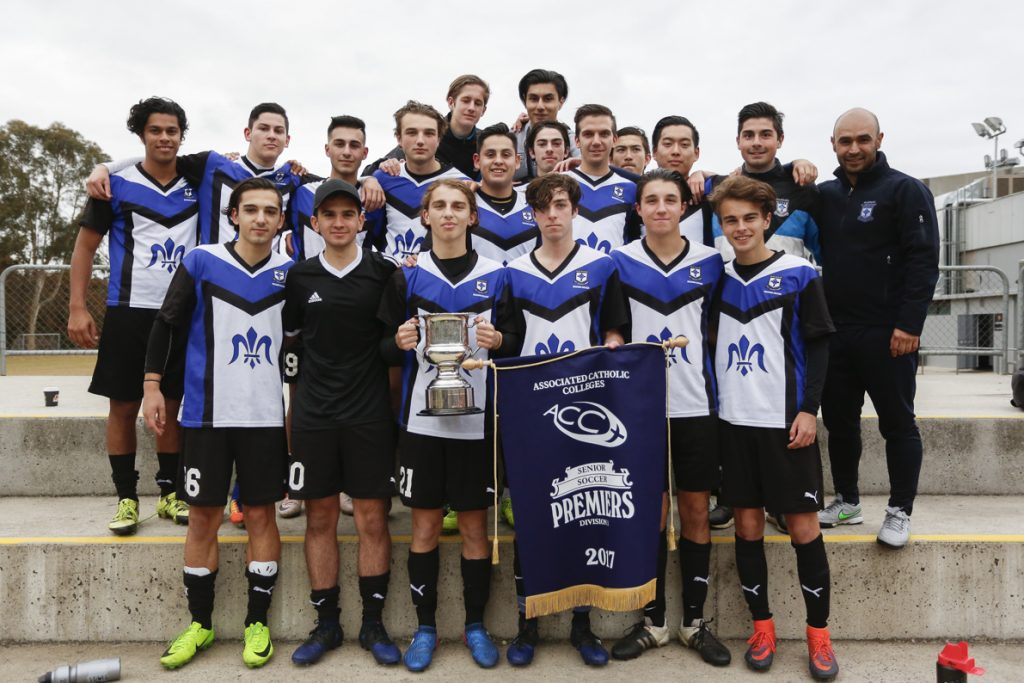 The football finals were held at the home of the VAFA, Sportscover Arena (Elsternwick Park). The Division 2 final featured the 2nd XVIII teams from Whitefriars and St Bernard’s and both teams were excited at the prospect of playing on a big oval in perfect conditions. St Bernard’s got the early break, dominating the first quarter and looked ready to stamp their authority on proceedings from the start. A four goal first quarter lead was quickly turned around though, as Whitefriars gradually found their rhythm and narrowed the gap to 4 points by half time. A tight contest in the third had the match evenly poised, with St Bernard’s extending their lead slightly out to 10 points at orange time. The final quarter was a new game within itself, as Whitefriars put on the after burners and banged through six unanswered goals to seal a memorable victory and secure the premiership flag for 2017.
Final score: Whitefriars 12.5.77 def St Bernard’s 7.8.50

The main game featured the two stand out teams of season 2017 in St Bede’s and St Bernard’s and expectations were high that an historic contest was in the making. The first quarter set the scene, with both teams sharp in their delivery of the ball and plenty of hard running. Two straight goals to St Bede’s proved the difference, as St Bernard’s scored one goal and missed four other opportunities. In the second it was all St Bernard’s as they slotted through six goals and kept St Bede’s to two. The signs were ominous as the boys from Essendon started to really click together and they left their opponents behind on numerous occasions. The big break gave St Bede’s a chance to regroup, but it was the continued dominance of the St Bernard’s midfield and the superior marking of their key forwards that kept momentum pushing their way. A further four goals to St Bernard’s helped to keep St Bede’s in check and set up a huge buffer coming into the last. The final quarter was a repeat of the third, with the boys from Essendon continuing their dominant performance and securing their first senior division 1 title since 2012. They now progress through to represent the ACC in the prestigious Herald Sun Shield competition next term.
Final score: St Bernard’s 15.12.102 def St Bede’s 7.2.44 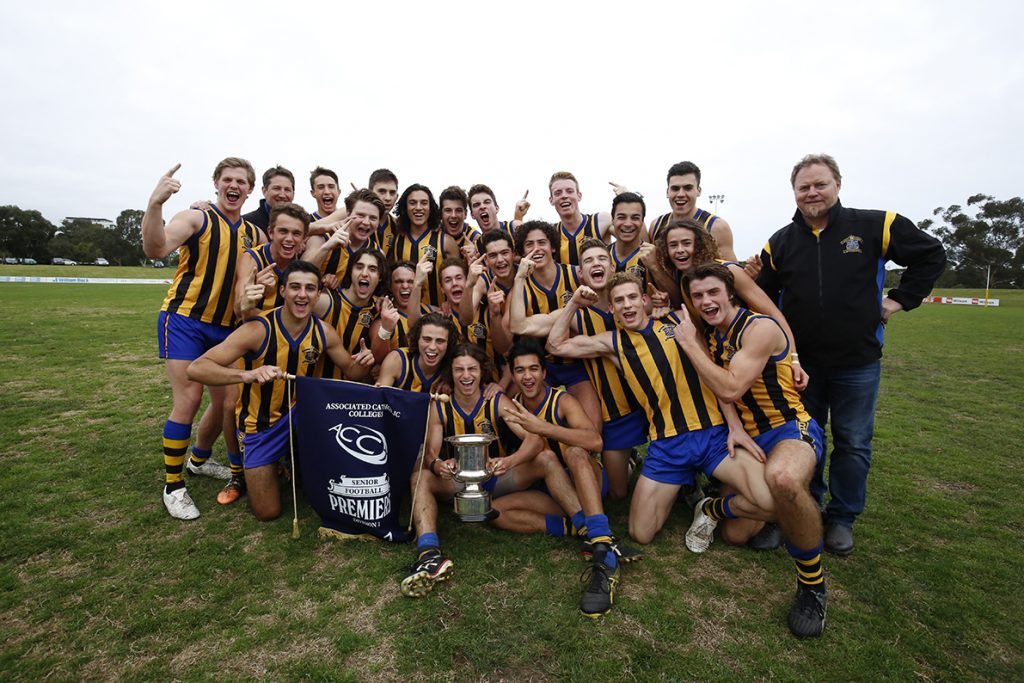