The annual Rock Music Workshop and Battle of the Bands was held at CBC St Kilda yesterday afternoon. Guest presenters led development workshops in the morning, with Charlie Rooke looking after guitar technique, Paul Cartwright (Bass Guitar) and Josh Koop (Drums) leading a session on combined bass / drumming technique, whilst Hollie Andrew provided some expert guidance and advice for the advanced vocal technique workshop. It was a fantastic opportunity for the students to learn from experts in their field and to pick up tips to help them in the future music careers.

The highly anticipated “Battle of the Bands” in the afternoon is always a highlight for our rock musicians. Each school was able to have one band present a number, with the guest presenters judging each item according to originality, rhythm, tuning, stylistic accuracy, presentation and confidence. Overall, the six bands performed superbly, with the audience enjoying listening to their peers perform. 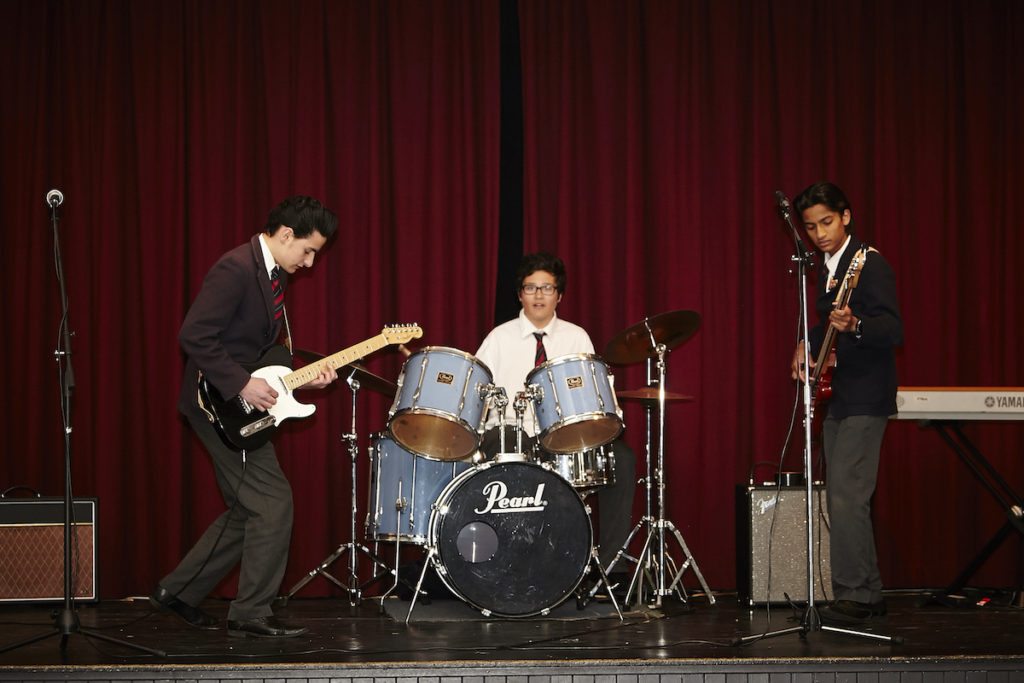 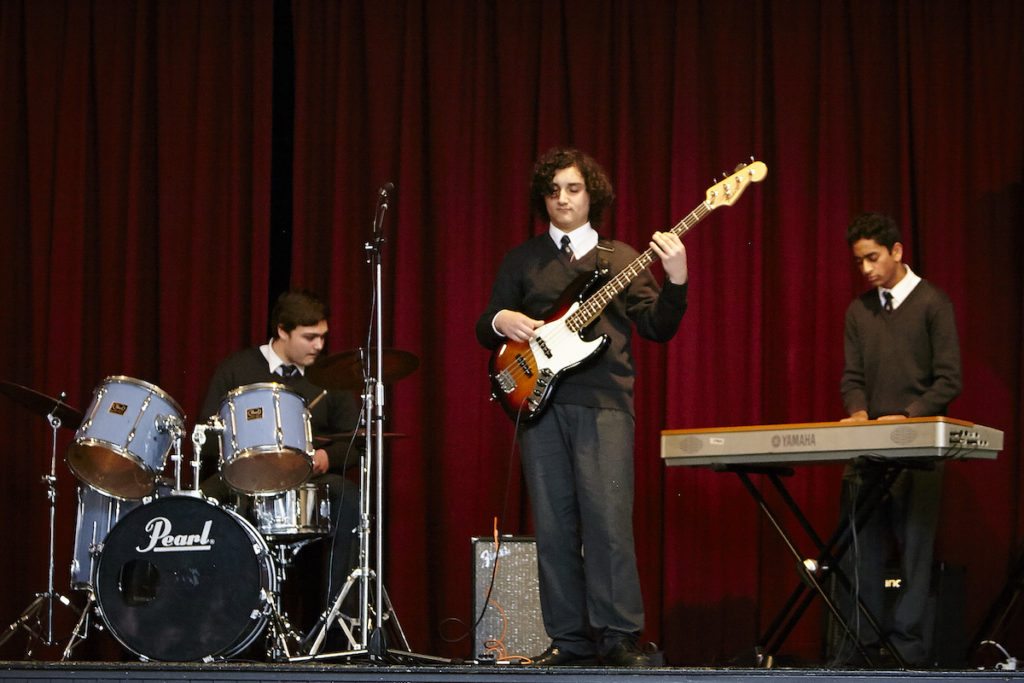 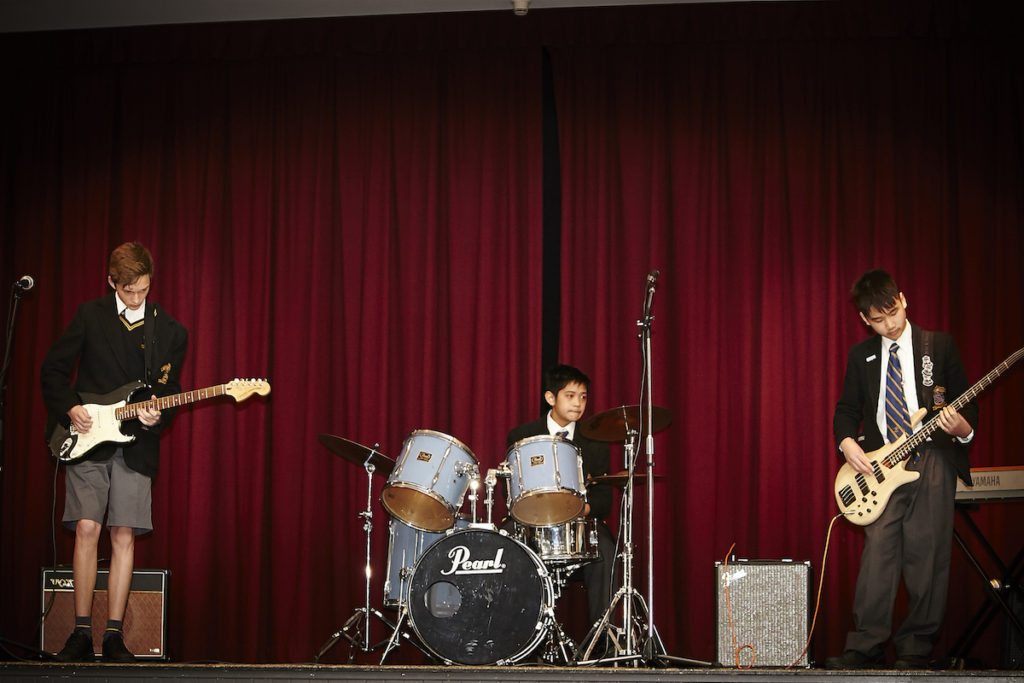 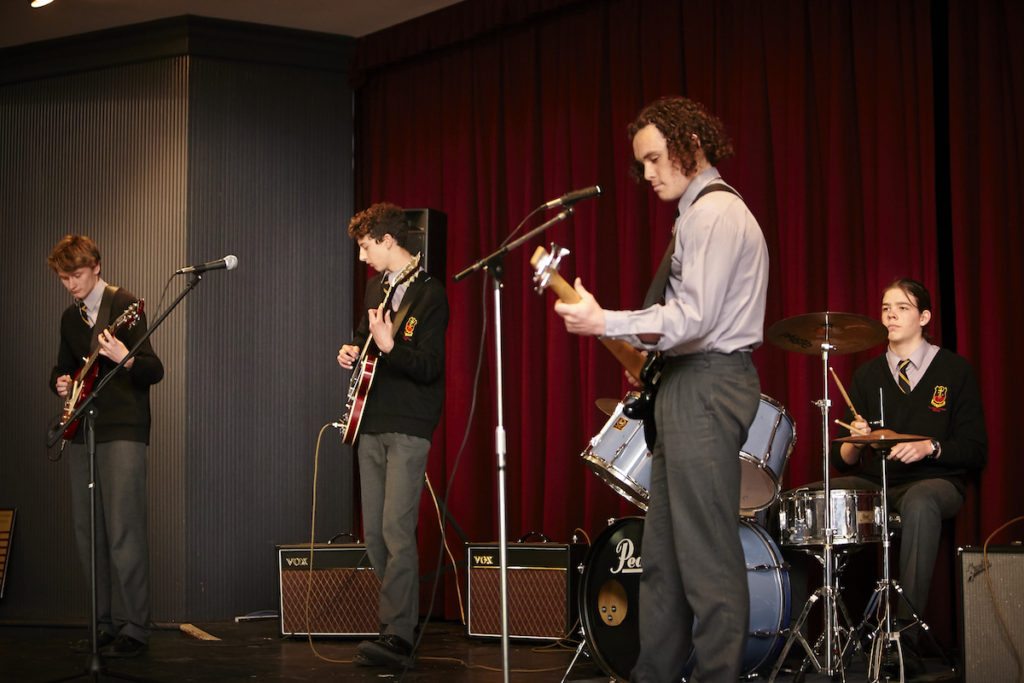 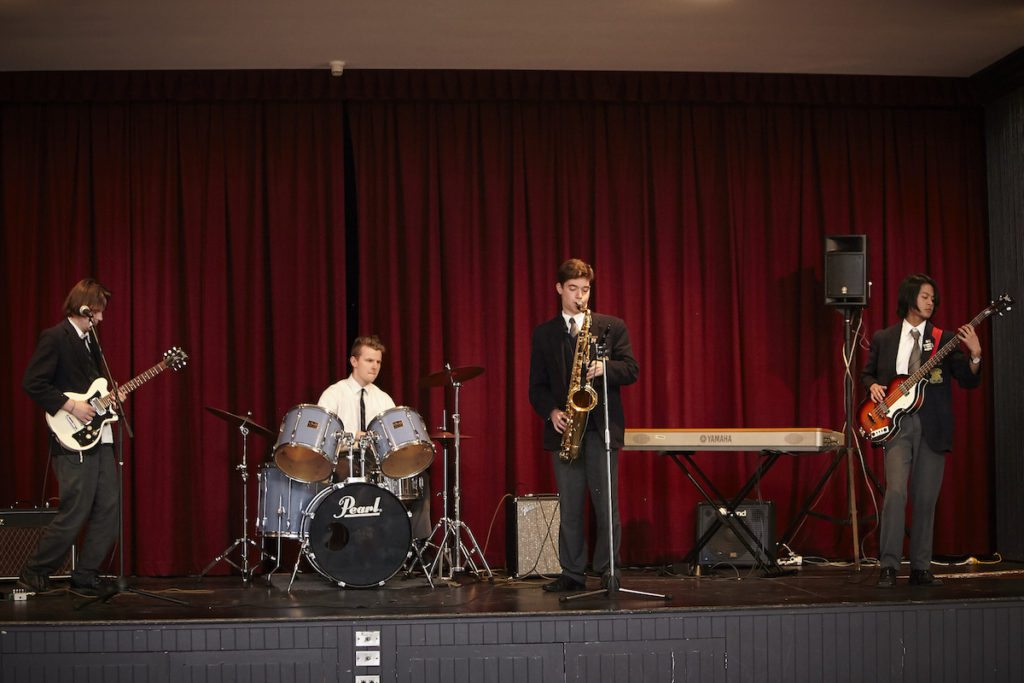 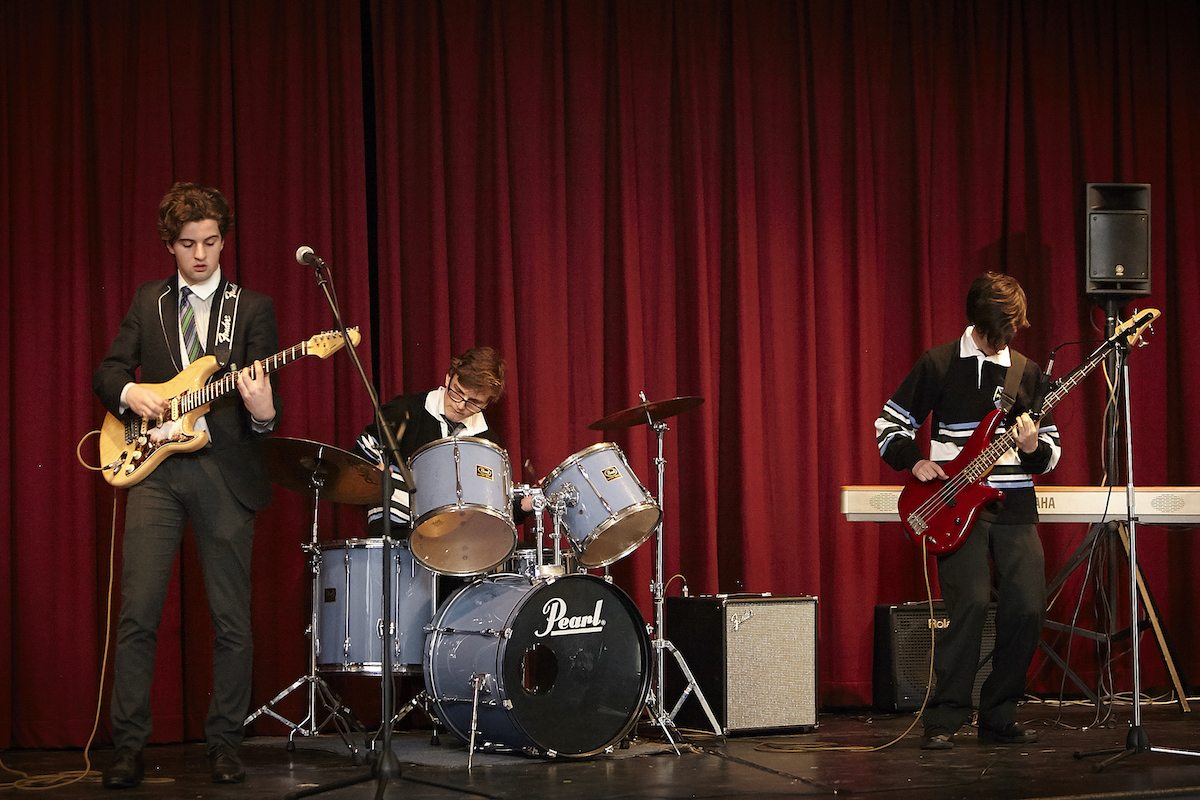 After each band performed, the judging panel conferred and cross checked their scores. The winning band (by a single point) was Infinite Steps from St Joseph’s College. Congratulations to the four students on an excellent performance! 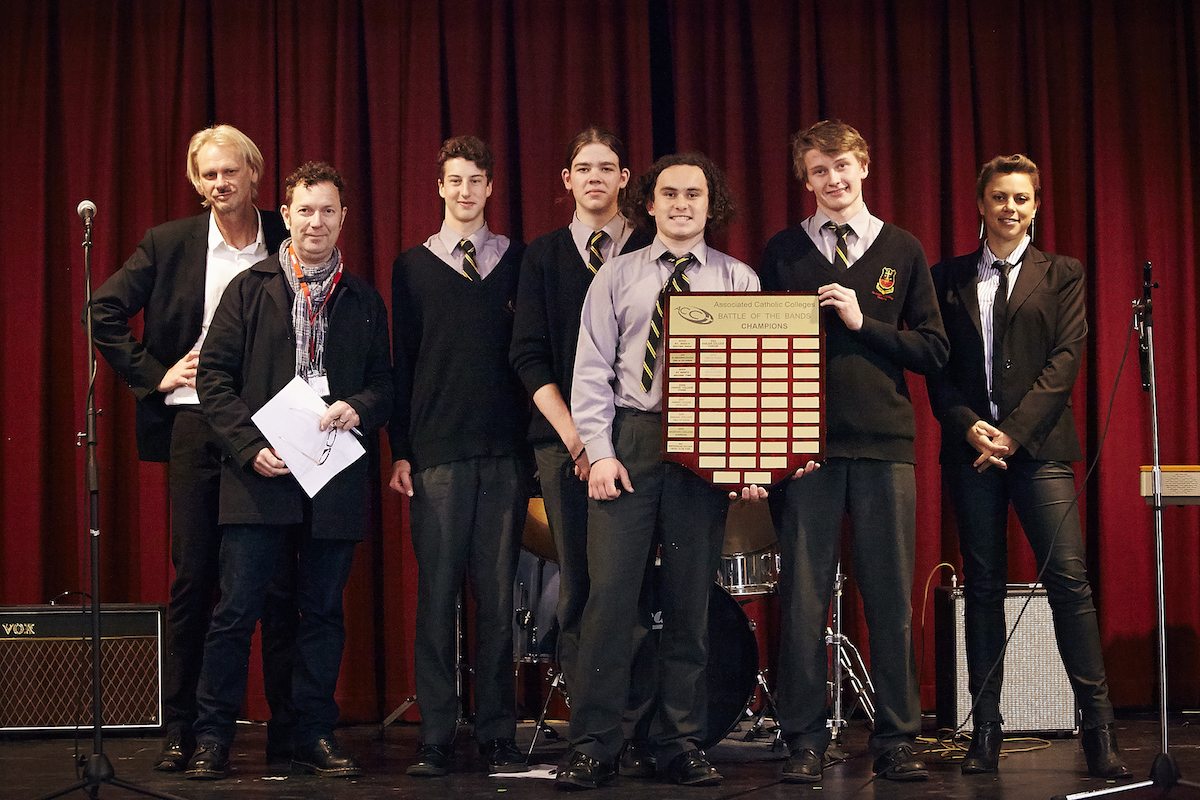 Well done to all of the students that participated in the competition and congratulations on your performance. A special thanks to our guest presenters who all did an awesome job on the day, and a particular mention to Mr David O’Meara, the Director of Music at CBC, for an excellent job in planning and coordinating the workshop sessions and the competition.

The “Battle of the Bands” has developed real significance since its inception in 2003, when a band of students from St Bede’s called “British India” performed superbly to take out the inaugural title. Since then, they have gone on to achieve incredible success in the Australian music industry. For further details, visit their website: http://britishindiaofficial.com Who knows what is around the corner for our current crop of ACC students……

That concludes the ACC Music program for 2016. There are further workshops planned for 2017, and our next spectacular at Hamer Hall is planned of September 2018.