Coming into the match as underdogs, the Parade Yr 9 Div 1 footy team committed to give 100% in their quest to upset the highly fancied St Bede’s outfit. The team from Mentone had been the pace setters all season, defeating all comers and accounting for the Parade boys when they met earlier in the year. Although the sun was shining beautifully at St Bede’s, the wind was a significant  factor and Parade used it to advantage kicking with it in the first. With a 5 goal lead at quarter time, Parade defended superbly and nullified the wind advantage, maintaining a solid lead at the big break. A few goals apiece in the third still had Parade in front, but St Bede’s pushed forward hard in the last and had the crowd up and about with the sniff of a come from behind victory. To Parade’s credit, they locked the ball down as much as possible and with a few late goals were able to seal a memorable premiership title. Well done to both teams on a superb final and congratulations to Parade College on a fine win. 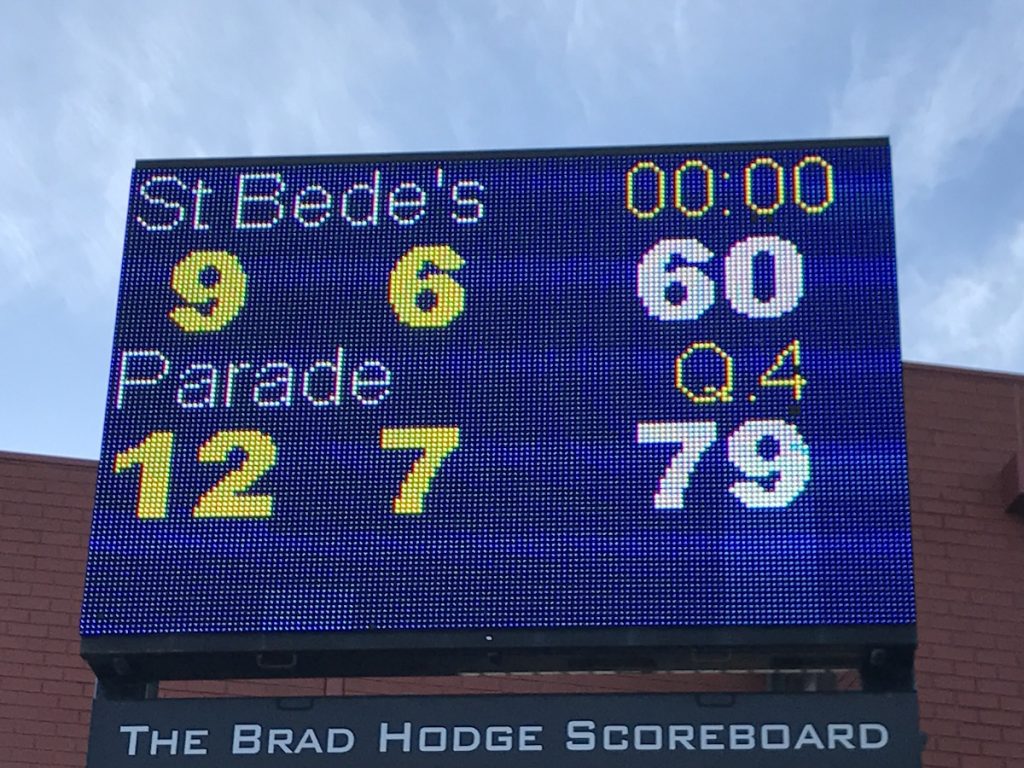