Former St Joseph’s Geelong student, Tom Stewart, proved that fairy tales can come true on Friday, when he was selected as a mature age selection in the AFL national draft. Tom was part of the 2010 ACC premiership team from St Joseph’s College, clinching a 5 point victory over St Bernard’s in that year’s grand final at Elsternwick Park. A product of the South Barwon Football Club, Tom stepped up to play with the Geelong VFL team in 2016 and had a stellar season as an attacking defender. The Geelong Cats loved what they saw and selected him at pick 40 in the draft. Visit the Geelong Cats website for further details and an interview with Tom.

In an amazing story, Tom’s selection by Geelong means that he is the 7th player from the St Joseph’s 2010 ACC premiership team to be drafted to an AFL club:

Players Drafted or Rookie Listed from the 2010 team:

For further details on the success of the St Joseph’s College football program, visit their website: http://sjcgeelongfootball.weebly.com/past-players.html

St Joseph’s College had additional reason to celebrate yesterday as two students from their 2016 cohort were rookie listed by the Geelong Cats for next season. Sam Simpson and Blake Henry both had brilliant seasons with the Geelong Falcons and have been given an opportunity to develop further in the AFL system in 2017. Jack was selected at pick 16 and Sam was selected at pick 53. All involved with the ACC wish Tom, Jack and Sam well in their pursuit of an AFL career. 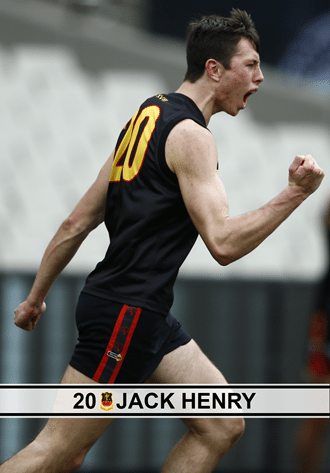 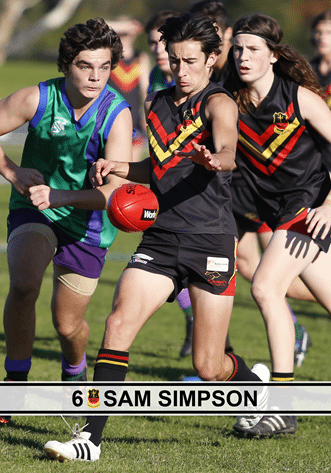 Thanks to Chris Lynch (St Joseph’s College Co-coach and Student Leadership Co-ordinator) for providing the above details.